The Founding of Constantinople

The fortified city of Constantinople was founded on the site of Byzantium on the Bosporos in AD 324 by Constantine, Roman Emperor from 324 to 337. The city was dedicated in 330.

The city soon became known as “New Rome” and it became the capital of the Roman world after the fall of “Old Rome” in 476.

Modern historians refer to this empire as ‘Byzantine’ after the city it replaced, but its inhabitants described itself (in Greek) as ‘Empire of the Romans’ or Romania’.

After the Reforms of Constantine, the ‘Greek East’ gradually evolved into a separate political and cultural entity. Its official language – the language of administration – was Latin, but its main spoken language was Greek.

Latin had never been firmly established as a spoken language in the East and it was gradually replaced by Greek. From the time of the reign of Herakleios (6110 – 41), Greek entirely replaced Latin as the official language of administration. 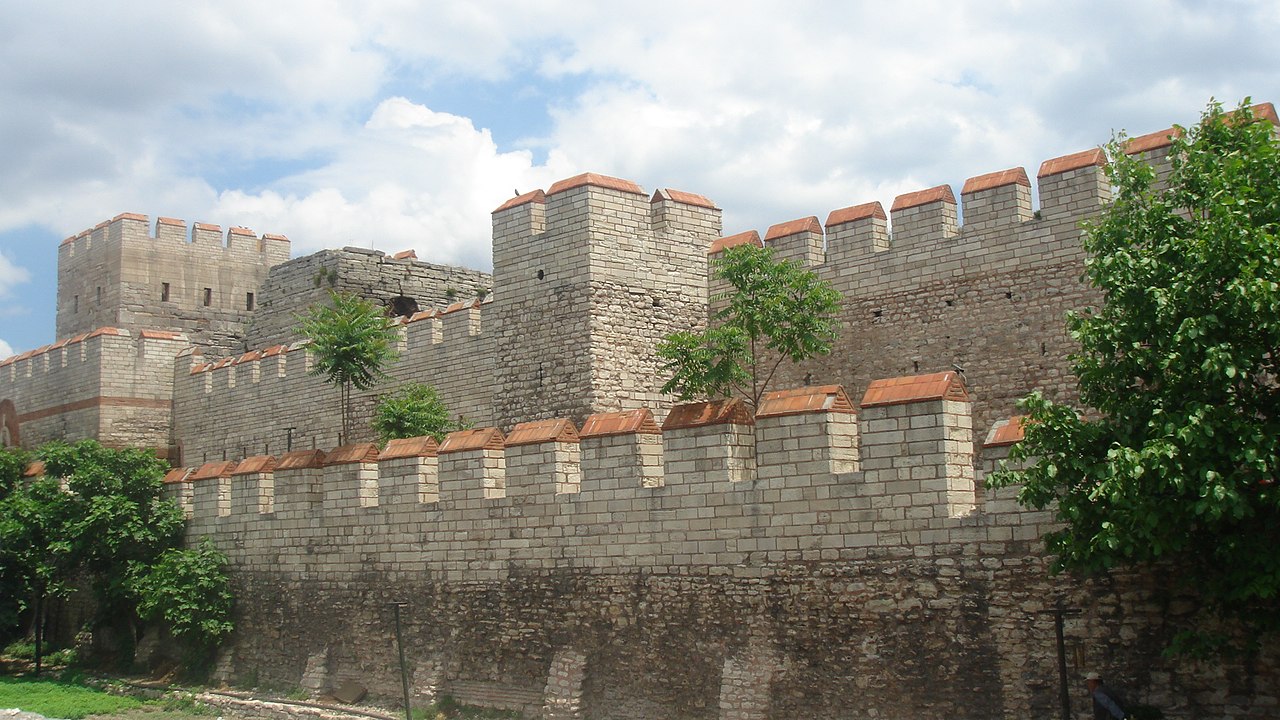 Restored section of the Theodosian Walls at the Selymbria Gate. (Wikimedia) 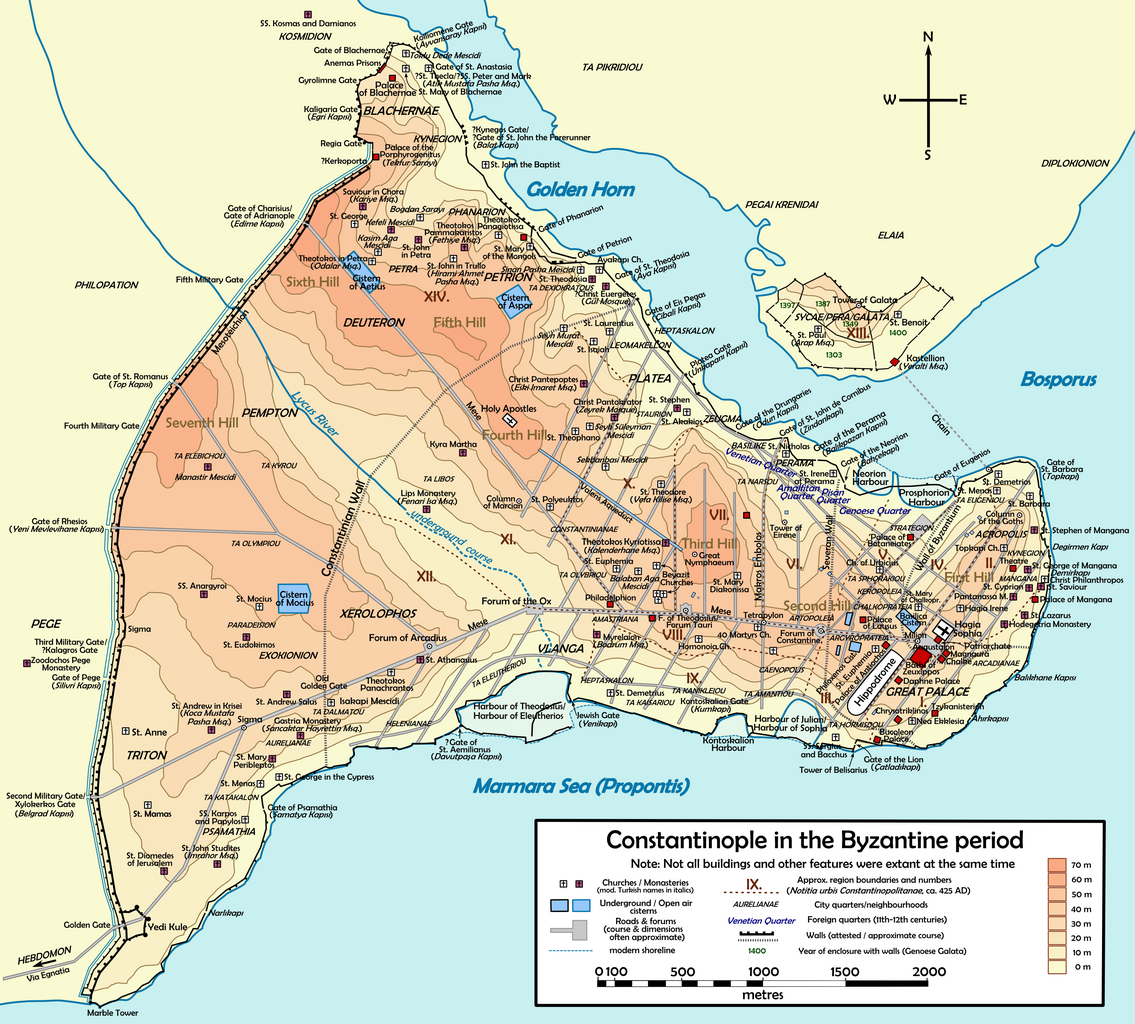 Constantinople in the Byzantine Period (Wikimedia)
Click images to enlarge