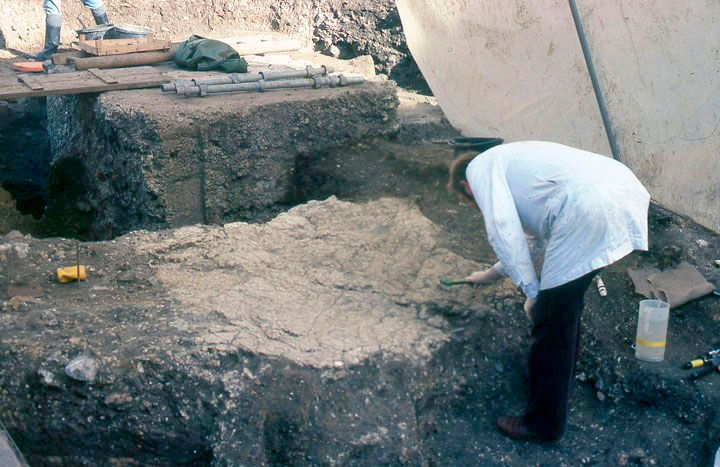 Although the 2nd. century building containing the painting was principally of masonry construction, the clay wall that supported the painting was an internal, nonload bearing one. This was fortunate because when the building was demolished and the stone removed, most of its painted decoration was also destroyed as well. Some time after this demolition the clay wall collapsed on to the room’s robbed out hypocaust.The mosaic floor along with the large tiles covering the hypocaust pillars had been removed, presumably for reuse and the space was filled with domestic rubbish including several dead dogs.

This area became part of the Bishop of Winchester’s Palace garden, where the painting and its mortar support lay, face down, for some sixteen hundred years until revealed by the Department of Greater London’s Archaeological service.

Next Page: Preparing to lift the Roman painted plaster