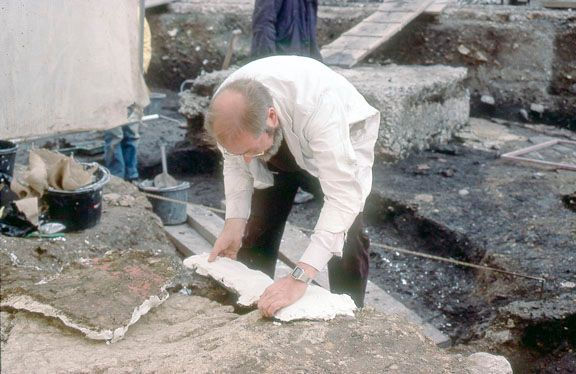 The second fragment was lifted at the same time, when cleaned it became obvious that it belonged to the top left hand edge of the wall painting scheme. A number of previously excavated loose fragments of painted plaster from an ajoining area were found to belong to it and once reunited established the overall shape of the painting and confirmed that it had originally filled the lunette of a vaulted room.

The remaining ten sections of the painting were lifted in the same manner, and, as they were lifted the rear surface of a second painting was revealed. This was later seen to be the result of a redecoration of the room in the early third century.