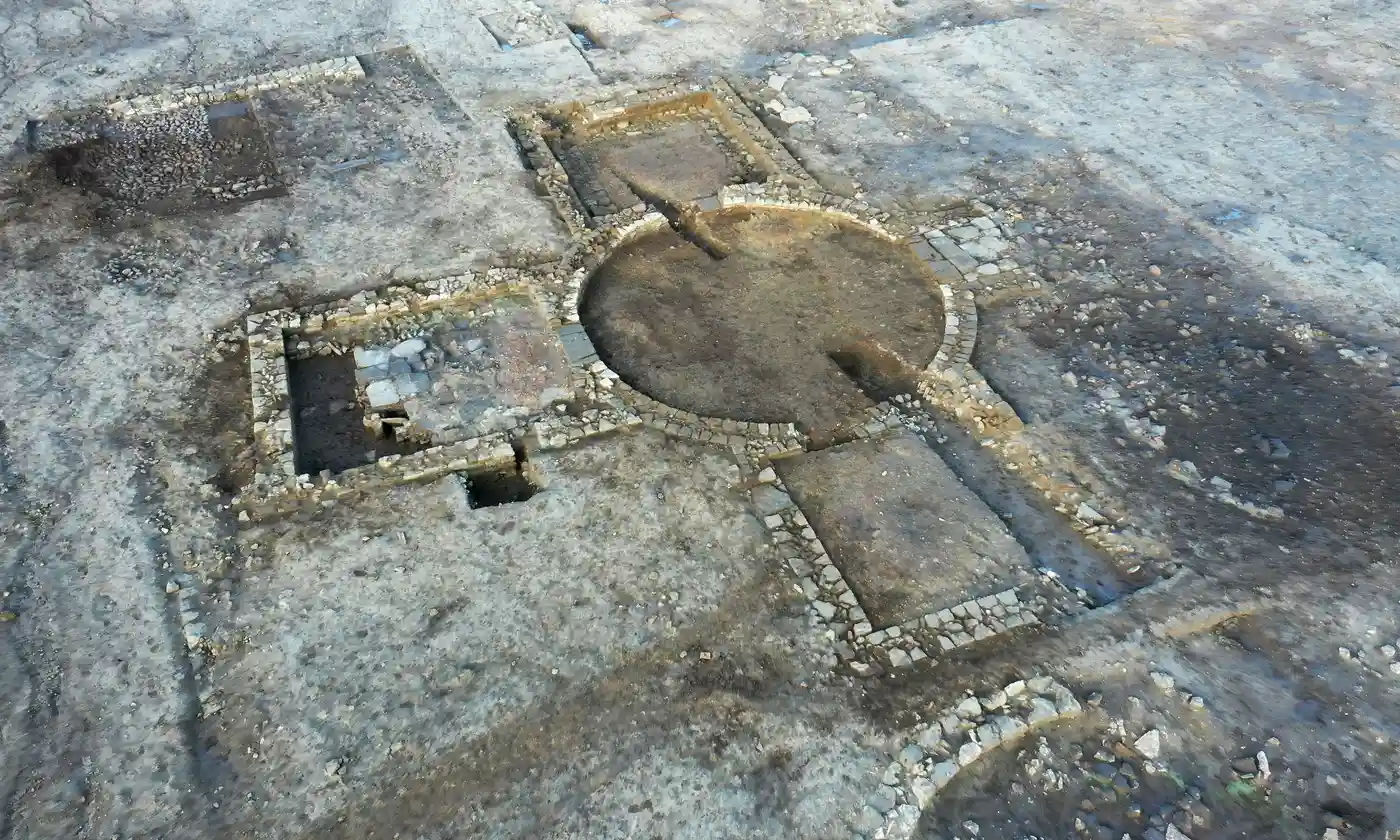 The Roman remains discovered at Eastfield, Scarborough, are on the site of a new housing estate being constructed by Keepmoat Homes.
Photograph: MAP Archaeological Practice
(click on the image to enlarge)

The remains of a Roman settlement believed to be the first of its kind discovered in Britain – and possibly the whole Roman empire – has been uncovered near Scarborough in North Yorkshire.

The large complex of buildings – approximately the size of two tennis courts – includes a cylindrical tower structure with a number of rooms leading from it and a bathhouse. As excavations and analysis continue, historians believe the site may have been the estate of a wealthy landowner, which could have later become a religious sanctuary or even a high-end “stately home-cum-gentleman’s club”.