The Tombstone of Longinus Sdapeze 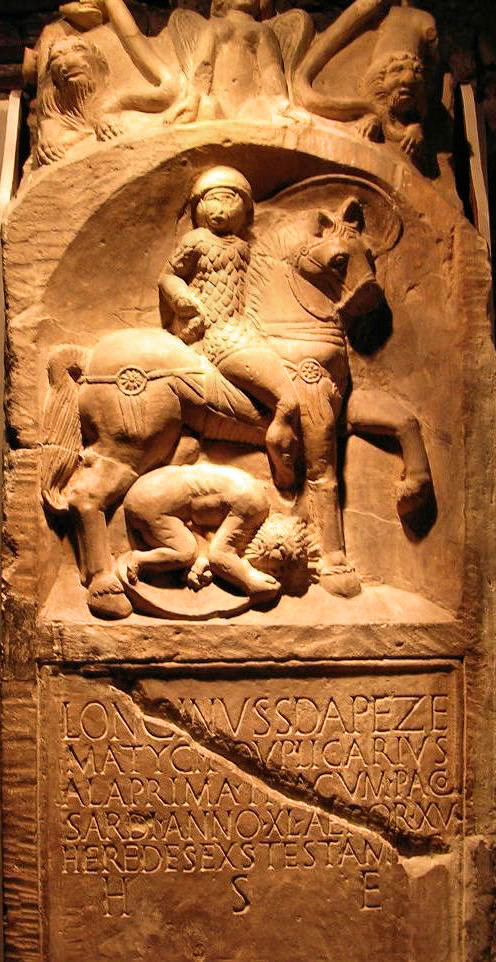 The Tombstone of Longinus Sdapeze
(click on the image to enlarge)

Longinus who was originally from Bulgaria, was part of the Roman army that invaded Britain in AD43. Workmen found his tombstone near Lexden Road in Colchester in 1928.

The carving portrays a Roman, auxiliary, cavalry soldier riding over the cowering, naked figure, of an enemy. There are a number of tombstones with a similar motif known throughout the Roman Empire.