Ephesus, originally a a Greek city, was an ancient trading port within the Mediterranean. It was given to Rome after the death of King Attalos III in 133 BC. According to Livy, he left his Kingdom to Rome in his will, believing that if he did not Rome would take it anyway.

Ephesus was the capital city of its Asian province, and it continued to be an important trading centre during Roman rule, when the city had a population of roughly 250,000 people. Ephesus is now in Turkey, near the town of Selçuk.

The Library of Celsus was the third-largest library in the Roman world being only smaller than Alexandria and Pergamum. The Library is believed to have held around twelve thousand scrolls.

Celsus is buried in a crypt beneath the library in a marble sarcophagus. 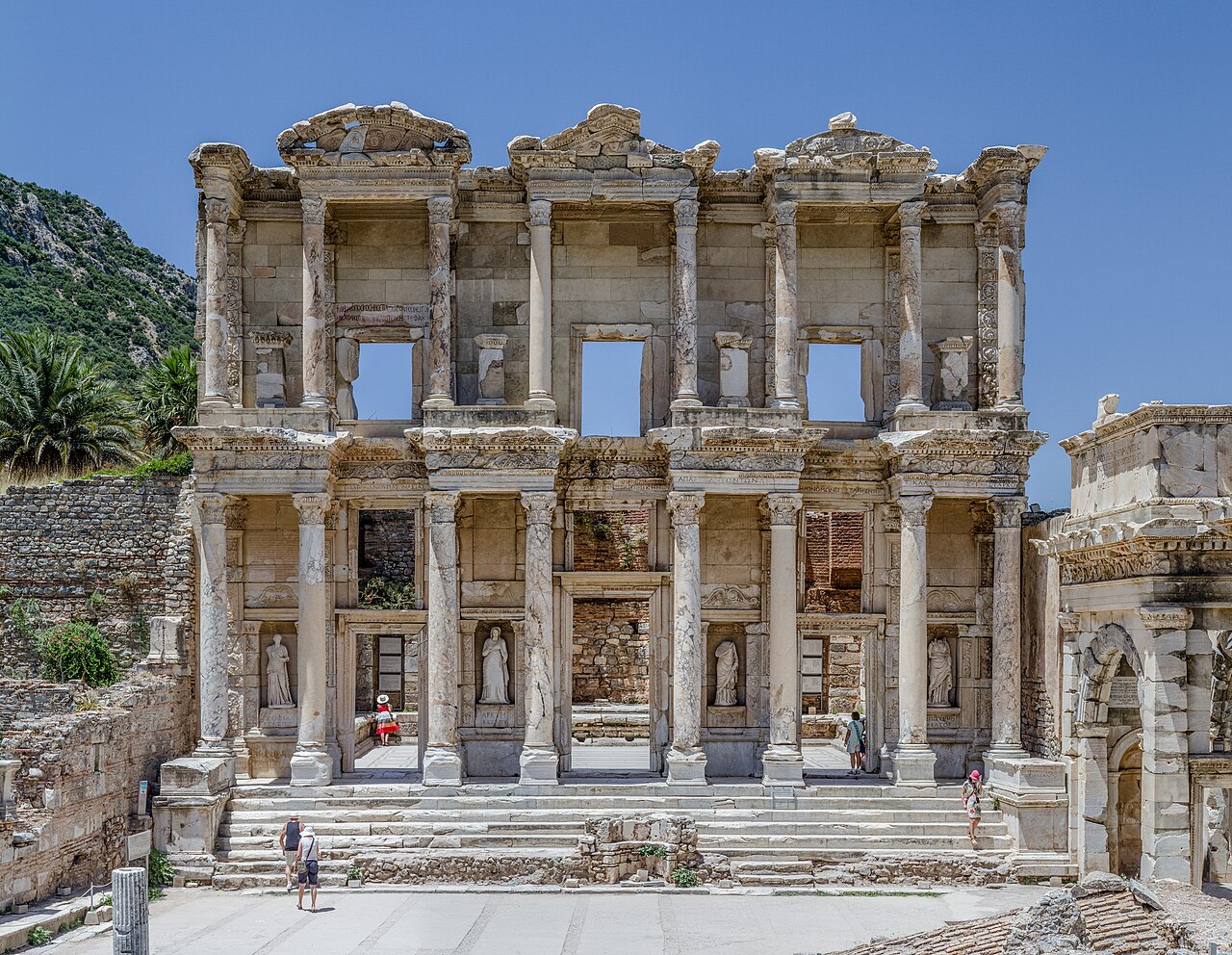 The Library of Celsus in Ephesus
image: Wikimedia