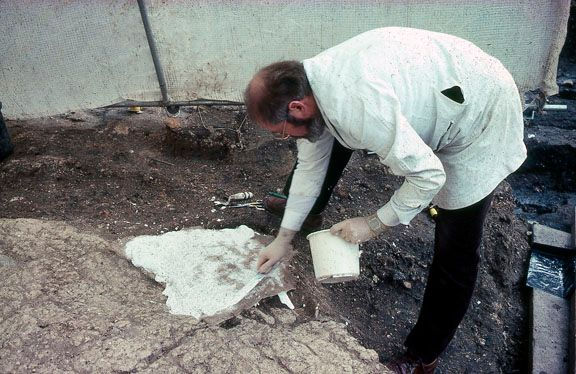 As soon as this first layer of plaster of paris had set a second layer of plaster was applied. This was mixed to a reasonably thick consistency and before it had time to set, a previously prepared piece of wet hessian scrim, cut slightly under size, was applied to the fresh paster mix and pressed into it. As this second plaster/scrim layer was setting a final layer of thick plaster mix was applied. Care was taken to ensure that where possible the plaster mix was poured to cover the exposed edges of the Roman mortar.

Next Page: Freeing the edge of the ‘sandwich’